"We’ve made steady progress incorporating game-changing 3-D printing technology into our production engine programs to make them more affordable,” said Aerojet Rocketdyne CEO and President Eileen Drake. “By producing these components with 3-D printing, we expect to reduce lead time by 35-50%, and overall engine cost by 25-35%.”

Aerojet Rocketdyne has been working over the past two decades to develop 3-D printing technology, also known as additive manufacturing, to a point where components built using the technology can reliably withstand the extreme operating environment of a rocket engine that experiences high pressures and temperature gradients that range from -423°F to more than 5,000°F.

The 3-D printed components that were tested in the RL10C-X prototype make up the very core of the engine: the injector and the thrust chamber. The injector mixes the liquid hydrogen and liquid oxygen propellants and delivers them to the thrust chamber where they are burned, creating hot gases that produce thrust as they exit the engine. These components were selected because they offer the greatest cost reduction potential while delivering excellent performance and reliability. 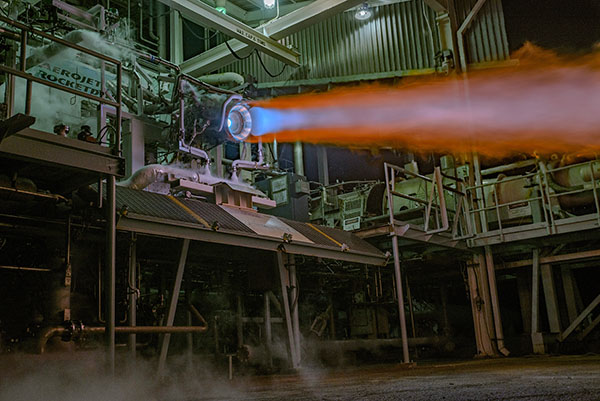