Luke received the award for his development of a Transient Energy Management & Performance (TEMP) Code, a multidimensional physics-based "branching" computer code used to analyze complex 3D systems. “TEMP significantly and cost-effectively enhances Aerojet's modeling capabilities and is applicable to a wide array of current and future products,” said Aerojet President Warren Boley. “We’re extremely proud to have innovative leaders such as Gary on our team.”

The R.B. Young Technical Innovation Award was established in 1983 and is the highest technical achievement award given at Aerojet. The award is named after former Aerojet Vice President and General Manager Bob Young. Acknowledged by renowned rocket scientist Wernher von Braun as “one of the great pioneers in rocket engine development,” Young helped build Aerojet from a small engineering company into one of the nation's leading aerospace and defense contractors. Throughout his 36 years at Aerojet, until his death in 1979, he helped explore virtually every kind of rocket propulsion known (liquid, solid, nuclear and even more exotic forms of fuel). As a result, Young helped expand America's space and defense capabilities.

Aerojet is a world-recognized aerospace and defense leader providing propulsion and energetics to the space, missile defense, strategic, tactical missile and armaments areas in support of domestic and international markets. GenCorp is a leading technology-based manufacturer of aerospace and defense products and systems with a real estate segment that includes activities related to the entitlement, sale, and leasing of the company's excess real estate assets. Additional information about Aerojet and GenCorp can be obtained by visiting the companies' websites at www.Aerojet.com and at www.GenCorp.com. 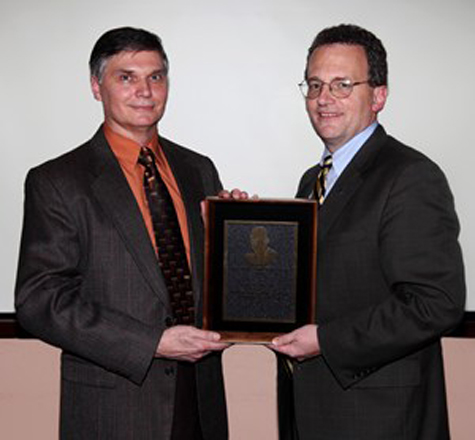