Milestone keeps AR1 on track for certification for flight in 2019

The milestone keeps the AR1 on track for certification for flight in 2019 as a replacement for the Russian RD-180 engine that is used today to launch most U.S. national security payloads. The U.S. Congress has mandated that the Defense Department discontinue using Russian engines to launch its satellites into space. AR1 is the lowest-risk, lowest-cost-to-the-taxpayer and fastest path to eliminating U.S. dependence on foreign suppliers.

"This important milestone keeps AR1 squarely on track for flight readiness in 2019," said Aerojet Rocketdyne CEO and President Eileen Drake. "AR1 ends foreign dependence, fits on existing launch vehicles with the least amount of changes to the system or on new launch vehicles in development, and is compatible with current ground and launch infrastructure." 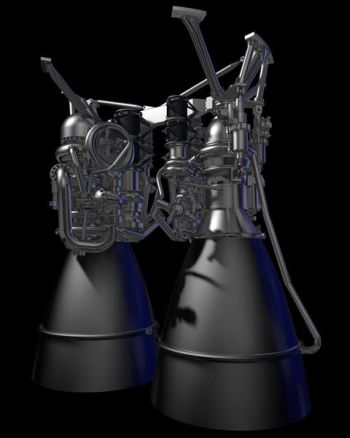 AR1 engine on track for certification in 2019

The CDR not only focused on the AR1's detailed design to ensure that it meets the rigorous performance requirements of a booster engine prior to full-scale manufacturing, it also validated the production processes that will be used to produce the flight engines. The comprehensive review was attended by government and industry experts who are independent of the program. These experts viewed and assessed the program's readiness and confirmed the technical effort is on track.

"Completing the CDR is a significant milestone for the AR1 program. It means that we have finalized our design and confirmed that it meets the diverse set of operational requirements necessary for national security missions," added Drake. "Leading up to CDR, we manufactured major components at subscale and full-scale dimensions and completed hundreds of tests to confirm that we are ready to build our first engine for qualification and certification."

The system-level CDR is the culmination of 22 incremental CDRs and critical subsystem testing, such as full-scale performance testing of the preburner and staged combustion system. Additionally, more than 200 engine system-level design requirements have now been established and verifications are in place.

"Using our proven development methodology that has been honed during decades of designing booster engines such as the RS-68 and RS-25, Aerojet Rocketdyne will have an engine certified and ready for production in 2019," said Julie Van Kleeck, vice president of Advanced Space and Launch Programs and Strategy. "Aerojet Rocketdyne understands the exacting engine development and launch vehicle integration processes required for National Security Space missions. We have the resources and capabilities in-place to support national security launches using the AR1 as the booster engine starting in 2020."