"High-resolution commercial satellite imagery plays a critical role in modern society, from helping to keep nations safe, to supporting disaster response efforts, to powering a wide range of location-enabled applications and services. We are proud to support the launch of WorldView-4 and its sophisticated technology, which millions of commercial users throughout the world will rely upon for years to come," said Eileen Drake, president and CEO of Aerojet Rocketdyne.

Aerojet Rocketdyne's role in the launch began after separation of the first stage, when a single RL10C-1 upper-stage engine ignited to place the payload into orbit, helped by the Centaur thrusters and pressurization tanks. The RL10C-1 delivers 22,890 pounds of thrust to power the Atlas V upper stage, using cryogenic liquid hydrogen and liquid oxygen propellants during its operation.

The RL10C-1 was developed from the RL10 family of upper-stage engines, which have accumulated one of the most impressive track records of accomplishments in the history of space propulsion. More than 470 RL10 engines have supported launches over the last 50 years, helping to place military, government and commercial satellites into orbit, and powering scientific space-probe missions to every planet in our solar system.

WorldView-4 was built by Lockheed Martin and is owned and operated by DigitalGlobe. The satellite will orbit Earth every 90 minutes, traveling 17,000 miles per hour and capturing as much as 680,000 square kilometers of the Earth's surface daily - the equivalent of the land area of Texas. The 12 MR-106L engines on the WorldView-4 satellite are located at the corners of the satellite to provide three-axis control, as well as maneuvering of the satellite. Each rocket engine is approximately the size of an average person's hand and weighs less than 1.5 pounds. 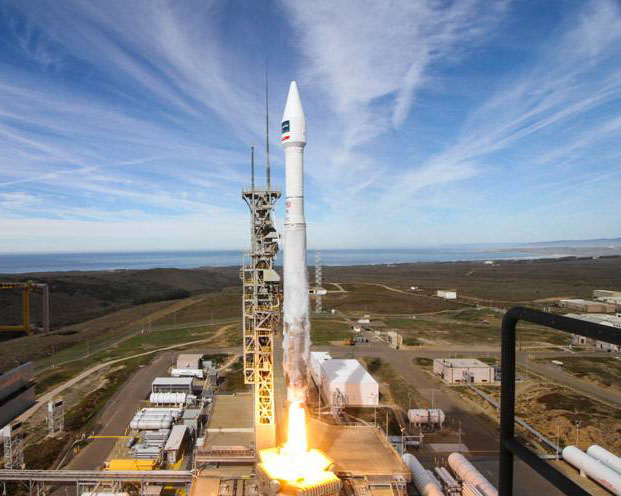