“The first crewed flight of the Orion spacecraft is just around the corner,” said Roger McNamara, Lockheed Martin Launch Abort System director. “The Launch Abort System is such an important safety feature; it’s great to see progress happening across the country and right here in Sacramento.”

Aerojet Rocketdyne’s jettison motor is the only LAS motor that will be activated on Orion’s next test flight, Exploration Mission-1 (EM-1), which is scheduled for 2018. During the three-week EM-1 mission, Orion will travel about 40,000 miles beyond the moon and return to Earth.

“Reliability of the jettison motor is critical to the safety and execution of the mission. Unlike other launch abort system motors, the jettison motor operates every time,” said Jim Paulsen, vice president of NASA programs at Aerojet Rocketdyne. “Astronaut safety and reliability of our exploration systems is paramount at Aerojet Rocketdyne. EM-1 is the first integrated flight of Orion and the new heavy lift Space Launch System rocket, and Aerojet Rocketdyne propulsion systems will be supporting the mission from liftoff to splashdown.”

Today, the jettison motor fired for 1.5 seconds, which is all the time required to separate the launch abort system from the crew module so that parachutes can be deployed for a safe landing. Aerojet Rocketdyne and Lockheed Martin acquired key data during this test, including pressure, temperature, thrust, acceleration and strain measurements.

“In today’s test, the jettison motor generated more than 45,000 pounds of thrust, which is roughly enough thrust to lift two school buses off the ground,” said Cheryl Rehm, Orion program manager at Aerojet Rocketdyne. “Data from this test will be used to confirm our test objectives and ensure our readiness to begin manufacturing our qualification and production flight motors.” 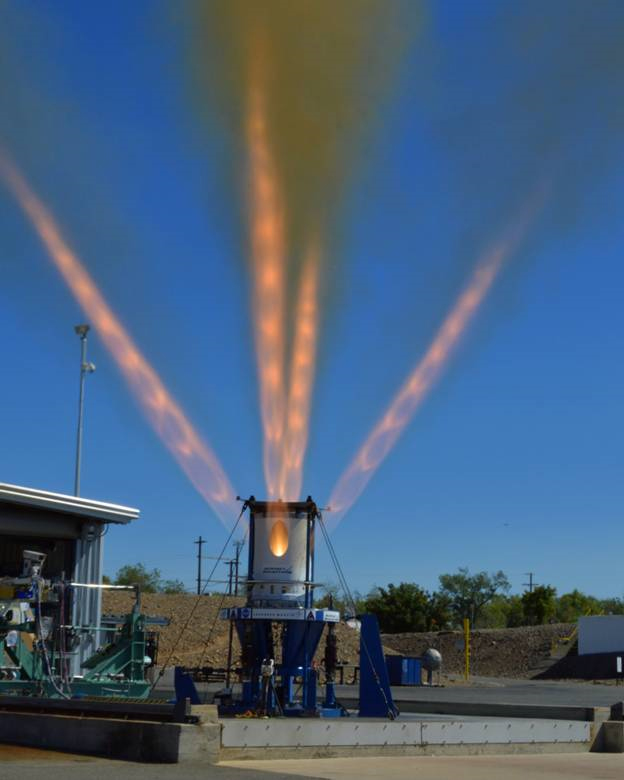