"This test demonstrates the viability of using additive manufacturing to produce even the most complex components in one of the world's most reliable rocket engines," said Eileen Drake, CEO and president of Aerojet Rocketdyne. "We expect this technology to dramatically lower the cost of access to space."

The SLS, designed to send astronauts and cargo to explore the moon and other deep space destinations, uses four Aerojet Rocketdyne-built RS-25 engines, which are known for their extremely high performance and reliability.

3-D printing can simplify production of many of the RS-25's thousands of parts and components; reducing costs and increasing reliability by cutting back on the number of pieces that must be welded together. Additionally, it shortens development timelines for components and enables enhanced flexibility in the designs.

The new 3-D-printed components were installed and tested on a development engine that is used to test new technologies that are being incorporated into the RS-25 as part of the SLS program. Earlier this year, the company tested new flight controllers on the same development engine prior to incorporating them into the Exploration Mission-1 flight engines.

"As Aerojet Rocketdyne begins to build new RS-25 engines beyond its current inventory of 16 heritage shuttle engines, future RS-25 engines will feature dozens of additively-manufactured components," said Dan Adamski, RS-25 program director at Aerojet Rocketdyne. "One of the primary goals of the RS-25 program is to lower the overall cost of the engine while maintaining its reliability and safety margins. Additive manufacturing is essential to achieving that goal." 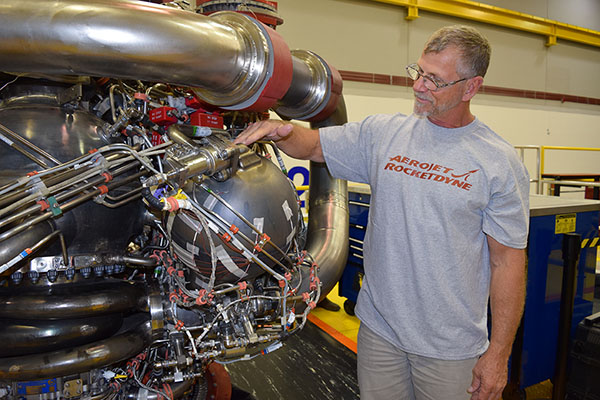