The occasion was a hot-fire test of an RS-25 development engine where its main combustion chamber (MCC), the very heart of the engine, was fabricated using a bonding technique called hot isostatic pressing (HIP), an innovative manufacturing process that saves considerable time and money over more traditional methods. Initial test data indicates the chamber performed flawlessly during the 319-second test.

Each SLS is powered by four RS-25 engines. Currently, the SLS program has 16 engines in its inventory remaining from the space shuttle, enough for four flights. New flight controllers are being made for these engines and today’s development engine tested another flight controller to certify it is ready for integration with a flight engine. Engines produced for later flights will incorporate additional manufacturing updates to reduce costs for certain parts of the engine.

“As we develop a new generation of RS-25 engines, ensuring they continue to remain reliable while reducing costs is a major focus at Aerojet Rocketdyne,” said Eileen Drake, Aerojet Rocketdyne CEO and president. “That’s why we’re working hard to drive down costs on the RS-25 by incorporating the most modern and efficient manufacturing techniques.”

Aerojet Rocketdyne is under contract to manufacture an initial set of six new engines for future SLS missions. These new engines will be fabricated using the components and techniques that are being validated now on development engines at Stennis. The test today also marked the fifth successful demonstration of an additively manufactured Pogo Accumulator Assembly. The “Pogo” is a critical component that dampens potential engine propellant pressure oscillations that can cause a rocket to become unstable in flight. The 3-D printed Pogo, which is about the size of a beach ball, continued to perform as designed during the test series, bringing the promise of further RS-25 cost savings via additive manufacturing closer to reality.

A HIP-bonded MCC is the latest component developed under the new engine contract to enter hot-fire testing. The HIP-bonding technique employs high pressure and heat to create bonds between engine details that can withstand extremely high stress applications. In the case of the RS-25 MCC, where the engine’s “smoke and fire” initiates, that means withstanding combustion temperatures exceeding 6,000 degrees Fahrenheit and pressures over 3,000 psi.

“The HIP-bonded MCC is the single largest affordability improvement being incorporated into the new RS-25 engines,” continued Drake. “It cuts in half both the cost and fabrication cycle time compared to the heritage Space Shuttle Main Engines. HIP bonding is also an extremely robust and predictable process, which greatly reduces process variation.”

“We were incredibly honored to have Administrator Bridenstine witness an RS-25 engine and see first-hand the affordability initiatives we are undertaking with this engine and program,” added Drake.

About Aerojet Rocketdyne: Aerojet Rocketdyne, a subsidiary of Aerojet Rocketdyne Holdings, Inc. (NYSE:AJRD), is a world-recognized aerospace and defense leader that provides propulsion systems and energetics to the space, missile defense and strategic systems, and tactical systems areas, in support of domestic and international customers. For more information, visit www.Rocket.com and www.AerojetRocketdyne.com. Follow Aerojet Rocketdyne and CEO Eileen Drake on Twitter at @AerojetRdyne and @DrakeEileen. 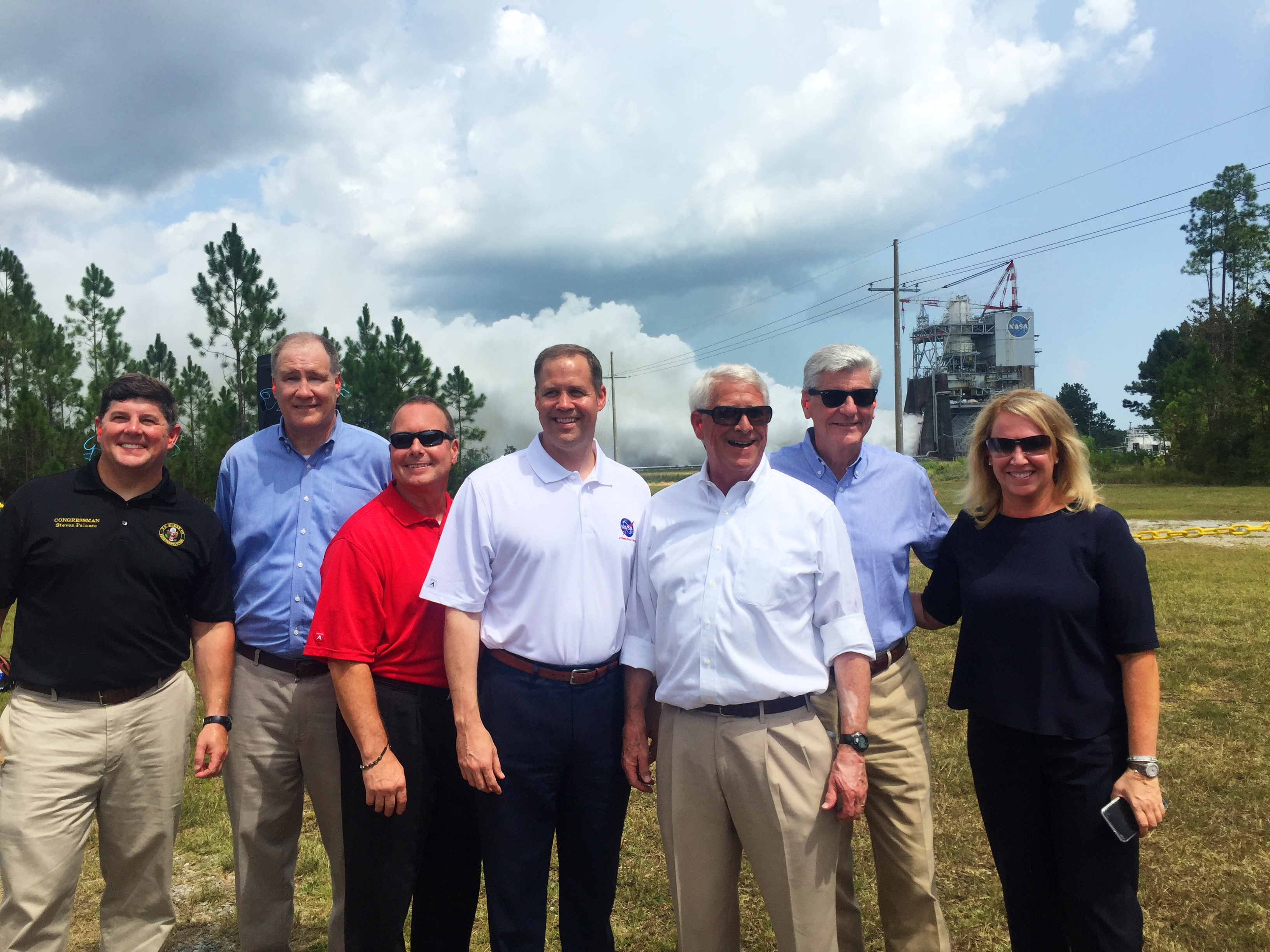