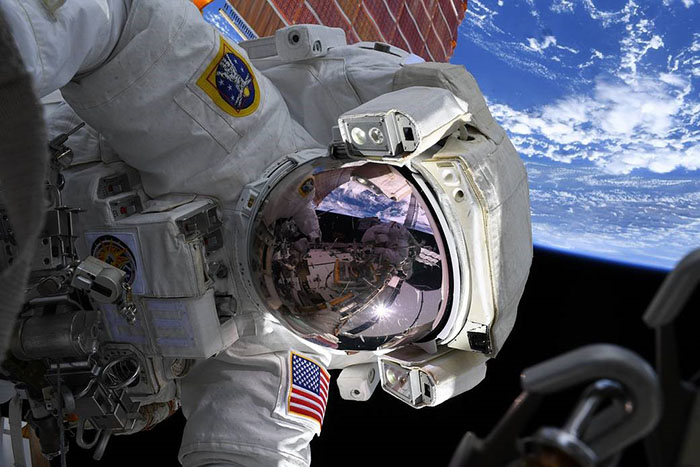 November 2021 – Aside from a powerful launch vehicle to send them into space; a safe and dependable spacecraft to carry them to their destination; and high-tech equipment to support their mission, the one critical element astronauts need to keep them alive during a mission is a dependable life support system. ARDÉ, an Aerojet Rocketdyne subsidiary in Carlstadt, New Jersey, has helped sustain humanity’s ability to travel in space since the beginning of human spaceflight through the Apollo and Space Shuttle programs, and the International Space Station. Development and production of vessels, or tanks, that store life-sustaining oxygen and nitrogen continues to this day at the ARDÉ facility, with several new designs having recently transitioned to production.

NASA’s Artemis program is aiming to send astronauts back to the Moon. This ambitious goal will be carried out by the powerful Space Launch System (SLS) rocket and the Orion spacecraft, which is built to carry humans farther into space than they’ve ever gone before. Beginning with Artemis II, the first crewed Orion flight, ARDÉ is contracted to provide nitrogen and oxygen tanks for the spacecraft’s Environmental Control and Life Support System (ECLSS). Contracted through the fifth Artemis mission, these tanks will store the gasses needed to create a breathable atmosphere in the crew module for the astronauts on board.

While going back to the Moon is an important milestone for the global space industry, maintaining a presence in Low Earth Orbit (LEO) on the International Space Station is an equally essential task. ARDÉ tanks supply the atmosphere and life support gasses that astronauts breathe while on the orbiting laboratory, and when they “step outside” to conduct spacewalks, known as extravehicular activities or EVAs.

Boeing’s Starliner is a next-generation spacecraft that will carry American astronauts to the International Space Station. ARDÉ is supporting Starliner’s human-rated status by providing seven nitrox tanks and one pressurant tank on the crew module for travel to and from the station, providing an artificial atmosphere for astronauts to breathe. Nitrox is a combination of nitrogen and oxygen that creates an atmosphere that resembles the air we breathe daily. 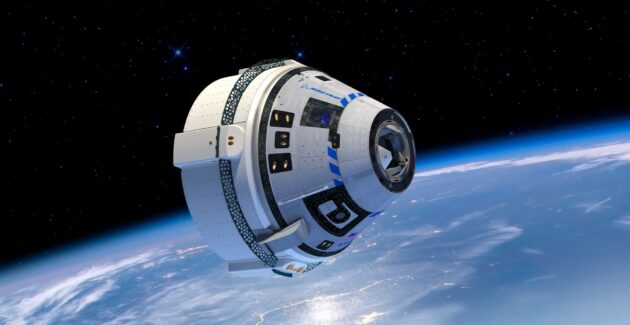 ARDÉ nitrox tanks on Boeing’s Starliner spacecraft provide a breathable atmosphere for the crew aboard.

Trung Nguyen, a program manager at ARDÉ who oversees the Starliner nitrox system contract, says the importance of these tanks is never lost on him. “Every time I think about our work on these, I realize we only have one chance to get it right.”

In addition to contributing to the ECLSS systems on Starliner and Orion, ARDÉ also supports supplementary systems on each of these vehicles. An ARDÉ tank on Orion provides high-pressure helium to help inflate water flotation devices on the capsule after a water landing. These devices flip the capsule upright if it becomes inverted so astronauts can safely exit above water. ARDÉ also provides propellant tanks on Starliner’s service module that supply propellant to the main engine and the launch abort engines, as well as the upstream high-pressure helium tanks that feed and charge the propellant tanks.

While having breathable air during your ride to space is necessary, being able to breathe outside of the spacecraft is also a hefty requirement. A portable life support system containing an ARDÉ oxygen tank enabled Neil Armstrong to take a deep breath before declaring “one small step for man, one giant leap for mankind” 50 years ago. These tanks have sustained all 12 astronauts that have walked on the Moon, as well as countless astronauts who have conducted EVAs while on Space Shuttle missions and at the International Space Station. 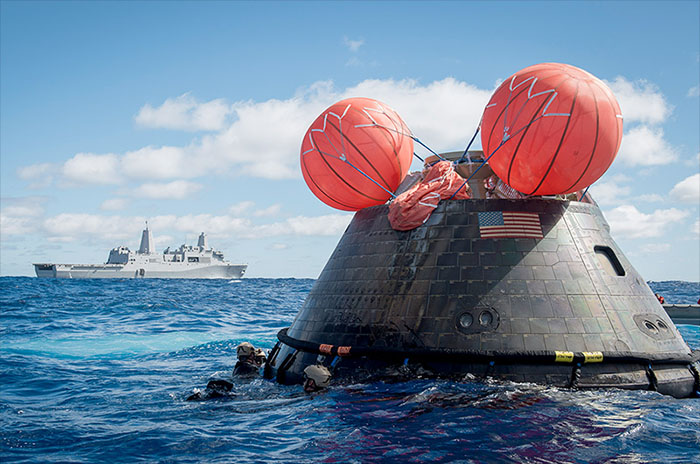 The recent qualification of ARDÉ designs for the next-generation EVA spacesuit, and the rigor applied in NASA’s development of the life support system, will allow astronauts to “breathe easy” as they carry out future exploration of our solar system.

From filling a capsule with enough breathable air to support a full crew, to enabling an astronaut to breathe in the vacuum of space, ARDÉ has – and will continue to be – a critical contributor to human spaceflight.