Jan. 19, 2022 – Propulsion hardware and tanks supplied by Aerojet Rocketdyne will play a prominent role in the launch of a pair of U.S. military space surveillance satellites that are scheduled to launch Jan. 21 aboard a United Launch Alliance (ULA) Atlas V rocket. 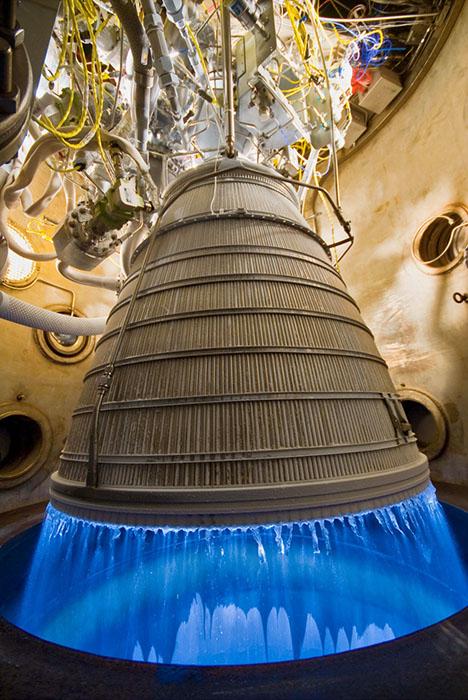 "The GSSAP 5 and 6 satellites will detect and track satellites and other objects in geosynchronous orbit, a critical mission amid growing orbital congestion and other potential threats to U.S. space capabilities," said Aerojet Rocketdyne's Space Business Unit Senior Vice President Jim Maser. "Supporting the important work being done by the U.S. Space Force is a role we take very seriously at Aerojet Rocketdyne."

The single RL10C-1 engine that will power the Atlas V's Centaur upper stage during the mission generates 22,900 pounds of thrust, and features a precision control system and restart capability to accurately place payloads into their designated orbits. Powered by cryogenic hydrogen and oxygen, the RL10 is one of the most reliable rocket engines ever built, with more than 500 flown in space, powering missions dating back to the early 1960s.

The Atlas V also uses composite overwrapped pressure vessels (COPVs) to hold high pressure Helium, which are built by ARDÉ that help deliver propellants to its engines. The rocket's first and upper stages have four and two such tanks, respectively.

The Centaur uses 12 Aerojet Rocketdyne MR-106 reaction control system thrusters for roll, yaw and pitch control, as well as settling burns. These hydrazine-fueled thrusters each generate about 5 pounds of thrust.

Aerojet Rocketdyne also provided 12 MR-103G thrusters that will be used on the satellites themselves for attitude control and stationkeeping. These hydrazine-fueled thrusters generate .2 pounds of thrust each.