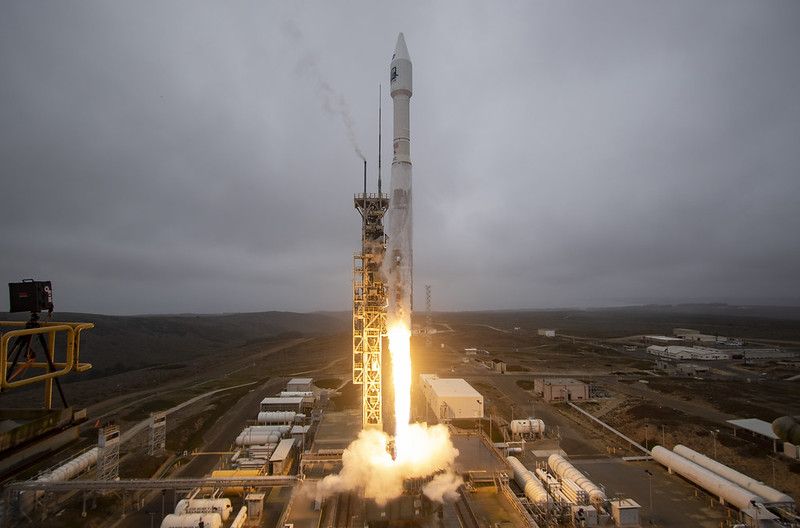 An Atlas V rocket launched the Landsat 9 spacecraft from Vandenberg Space Force Base in California on September 27. Aerojet Rocketdyne propulsion systems supported the launch of the Atlas V and continue to support operation of the spacecraft. Photo: United Launch Alliance

“For more than five decades the RL10 has been a reliable and versatile workhorse for the nation, delivering satellites to a number of orbits for civil, military and commercial customers,” said Aerojet Rocketdyne Space Business Unit Senior Vice President Jim Maser. “We look forward to continuing to serve our customers in the decades ahead with upgraded versions of the engine.”

The Northrop Grumman-built Landsat 9, which will collect medium-resolution multispectral land imagery for a variety of applications, has four MR-111G and eight MR-106L thrusters supplied by Aerojet Rocketdyne for orientation, orbital station keeping and orbit-raising maneuvers. Fueled by hydrazine, the MR-111G and MR-106L engines generate one and five pounds of thrust, respectively.