November 2021 - Huntsville may be Aerojet Rocketdyne’s Defense Headquarters, but did you know the company’s Huntsville team also plays a vital role in developing the software for the controllers on those mega RS-25 engines that will power NASA’s Artemis Moon missions?

Originally developed as the main engines for the Space Shuttle, the adaptable RS-25 engines are scheduled to lift NASA’s newest exploration-class rocket, the Space Launch System (SLS), as early as February 2022 for its inaugural, uncrewed mission to the Moon.

It’s a bold undertaking for the U.S. Space Program, and approximately 25 Aerojet Rocketdyne team members in Huntsville are working hard each day to provide critical engineering support and software for the controllers that function as the “brains” of the engines. The team includes hardware engineers, software engineers, quality engineers, laboratory technicians and configuration management staff from the Aerojet Rocketdyne Huntsville, Alabama facility and Marshall Space Flight Center’s nearby Hardware in the Loop Laboratory. 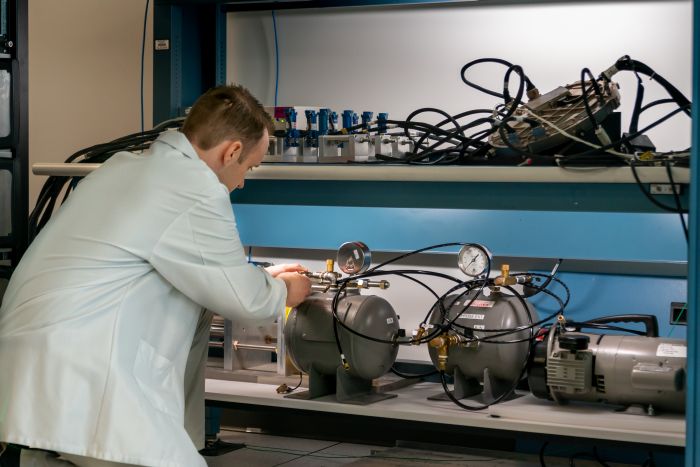 “We have such a sense of pride knowing that our team has played a role in the mission coming together,” said Kevin Yarbrough, manager of General Engineering for Aerojet Rocketdyne. “One of the most powerful things you can see is those engines roaring to life and knowing our team had a role in that.”

Yarbrough, who joined the company in 1985, has spent the majority of his career in Huntsville, a community also known as the “Rocket City” for its long-time role supporting the U.S. Space program.

The city has a storied history supporting space exploration and is home to NASA’s Marshall Space Flight Center and the U.S. Space & Rocket Center’s “Space Camp.”

And that passion for space exploration – and its far reaching impacts –  isn’t lost on Yarbrough.

“NASA is such a great catalyst for technology whether it be electronics or fabrication, mechanical engineering or operations,” Yarbrough said. “NASA’s mission is so important to all of us – not only America but citizens of the world.”

Brandon Felts, Software Engineering manager at Aerojet Rocketdyne, works alongside Yarbrough on the RS-25 program. Felts, an Arkansas native, has been with the company for over 13 years. The job supporting the RS-25 engines is what brought him to Huntsville.

“I heard about Marshall Space Flight Center and how Huntsville has historically played a big part in the space program,” Felts said. “I knew it was a great place for smart minds, and it was a place I wanted to be.”

For Felts, coming to work every day is exciting.

“I enjoy getting to work on programs that have an impact on our world and make a difference,” Felts said. “It’s really exciting to get to have a conversation with an astronaut who has flown using our product, and get to shake their hand and hear their story of being so appreciative of the work we do.”

Felts and Yarbrough, along with their team, work collaboratively with Marshall Space Flight Center’s nearby Hardware in the Loop Laboratory on Redstone Arsenal to simulate the environment for flight hardware and to provide verification for engine control unit software.

“Seeing those engines fire up and lead to mission success is the ultimate feeling – it is awe inspiring,” added Felts. “When Artemis I lifts off with the brand new controller software, I’ll know the team from Aerojet Rocketdyne and Huntsville made it happen!”