NTP uses a nuclear reactor to heat Hydrogen which is expanded through a nozzle to create thrust.

NASA is looking into reducing risk and increasing feasibility of nuclear propulsion for human-rated missions to Mars. In cooperation with NASA and other industry partners, Aerojet Rocketdyne has been leading the research effort on engine and mission architecture planning for this effort.

Nuclear thermal propulsion (NTP) has tremendous synergy with existing liquid rocket technologies – an area in which Aerojet Rocketdyne is a proven leader. This includes the development/production of turbomachinery and nozzles, cryogenic hydrogen fuel handling and providing heat management solutions.

Nuclear electric propulsion (NEP) relies on several key technologies, including high-power electric thrusters, power processing, power conversion, and power management and distribution, which are all areas in which Aerojet Rocketdyne is an established industry leader.

What is Nuclear Propulsion? 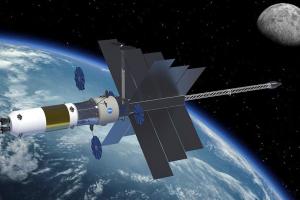 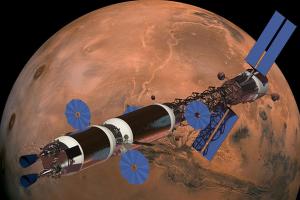 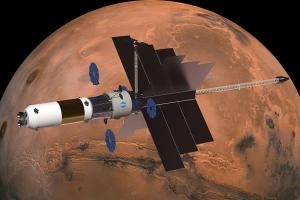 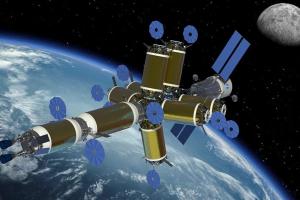